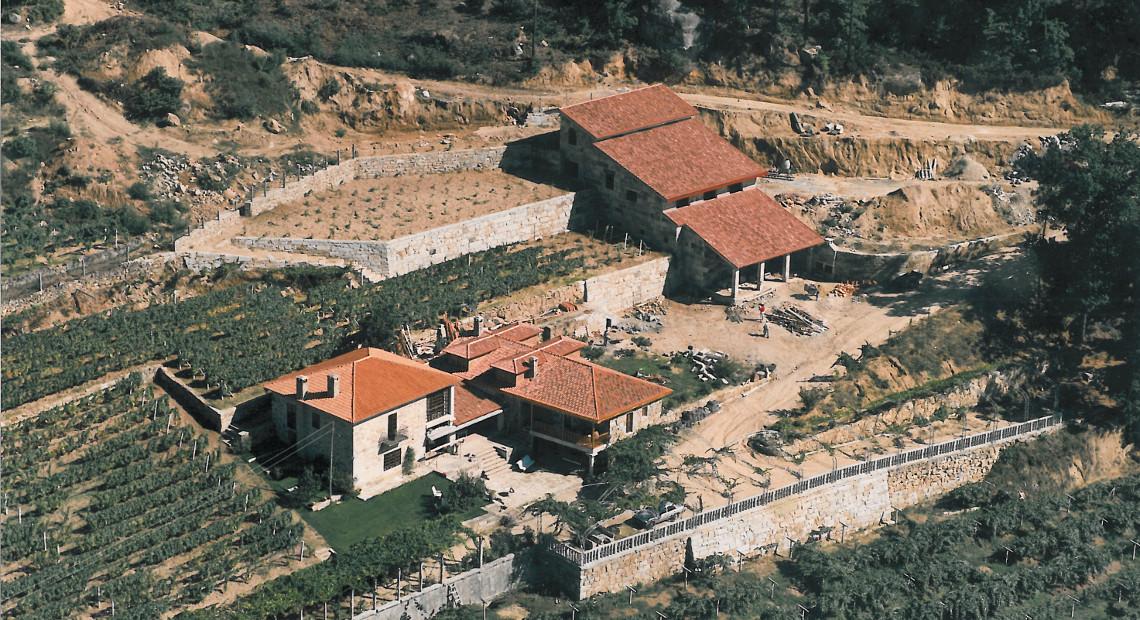 The area called Ribeiro do Avia, which comprises from the river Avia basin to its mouth in the river Miño, observes – for the past two thousand years – the continual transformation of its slopes into terraces of vines, as the Romans settled in the area used the wines they produced on them in their celebrations.

It is mandatory to mention the work of the Cister monks, settled in the San Clodio monastery who, aware of the enormous potential of the Ribeiro, dedicated their efforts to the study of the native varieties and – under the umbrella of the Camino de Santiago – distributed the wines in Europe via the jewish merchants that, in turn, left in the Ribeiro a great historical and monumental legacy.

The maximum splendour of the Ribeiro came during the XV and XVI century when the wine became its greatest asset and enjoyed great prestige, being exported all over Spain and Europe. France, Portugal, Italy and specially Great Britain were its destination.

From the middle of the XIX and until well into the XX century, the Ribeiro is darkened by a shadow projected by various malaises – emigration, plagues, phyllosera- which resulted in an irrational replantation of foreign varieties of poor winemaking quality in the area. In the last quarter of the last century an exciting new project of recovery and regeneration of the prestige and quality of the Ribeiro wines began.

And that's where we are now.